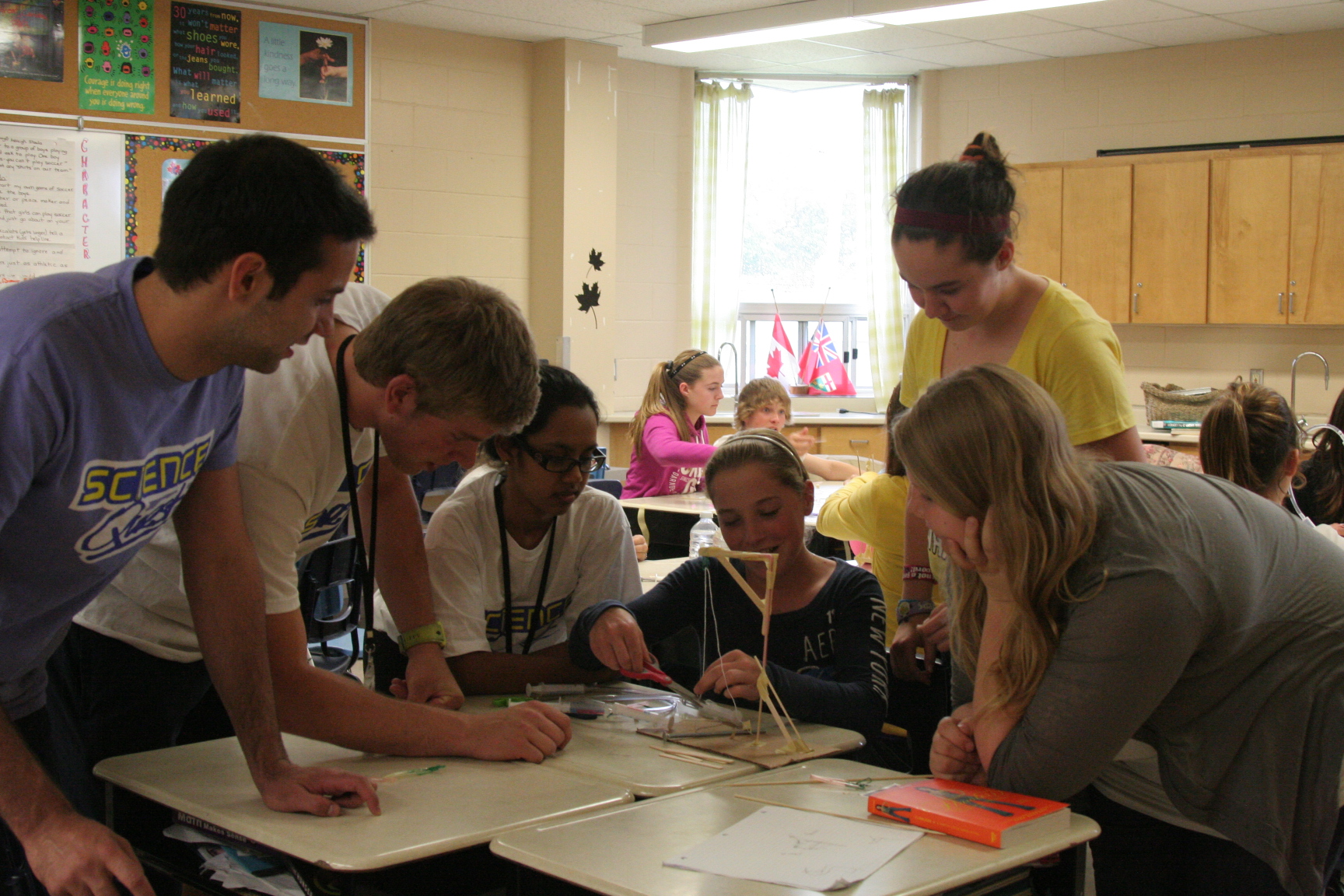 Marmora – The entire Marmora Senior School population was caught up in the June 1 Science Quest, an annual in-school series of workshops presented by students from the Queens University Engineering Society. Pupils in grades four through eight enjoyed the “fun, hands-on approach to learning.” A flyer describing Science Quest notes that last year, “we reached over 4500 kids in Kingston and the surrounding township through our in-school workshops, summer day camps, and community outreach programs.”

Six Queens’ students arrived at Marmora Senior where they visited all grade levels during the course of the day, presenting Properties of Matter to the grade five students; guiding the construction of tin foil boats built to support pennies in the grade four class; discussing pure substances and mixtures with those in grade seven; and helping grade six students with the design and construction of catapults.

Those in grade eight were challenged with the construction of a crane, preferably with a capacity to swivel, using either an hydraulic or pneumatic system comprised of tubing and syringes, and capable of lifting a metal screw. The class was divided into teams, with each being given an assortment of materials which included cardboard, popsicle sticks, paperclips, straws, string, lots of tape, and a magnet.

Prior to beginning construction, all were involved in related discussion of the topic, and once the work began, the Queens’ students (Preeni Rathuge, Cameron Catsburg, and Chris Boucher) moved from group to group, admiring their ingenuity (such as braiding the string to create additional strength), and helping if required. Once the construction process was completed, each group had a chance to showcase their completed crane, discussing problems encountered, and demonstrating successes achieved, resulting in kudos from the facilitators, one of whom said, “Thanks for your awesome designs and enthusiasm.”

The grade eights had comments about the session too. Ethan Coens said, “It was fun and was actually kind of challenging. It was a treat to have the people from Queens come down and do science with us!” Kaitlin Murphy commented, “It was really fun and we learned a lot about pulleys, pneumatic and hydraulic systems.”